On November 2nd the Chinese central bank and banking regulator published new draft rules for online micro-lending, which looked almost perfectly tailored to undercut Ant. Online lenders will need to fund at least 30% of any loan they supply jointly with banks. That could force Ant to keep much more of the credit that it originates on its books; currently, 98% is held as assets by other firms, off Ant's balance-sheet. Additional disclosure requirements could also make it much more cumbersome for banks to partner with the group. Officials at China's banking regulator have already pressed commercial lenders to adhere to the new rules, according to Bloomberg, in effect making many of Ant's transactions non-compliant.

Depending on how the rules are implemented—they will not be finalised until December—Ant's capital-light model could end up looking much less sleek. "It will be valued more like a financial firm than a tech firm," said a strategist with an Asian sovereign-wealth fund. Given Ant's track record, it seems a fair bet that it will quickly adapt to the new rules, but its credit operations are likely to face much slower growth and lower profitability. 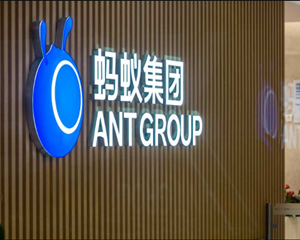 Investors had previously given Ant a forward price-to-earnings multiple of 40, in line with big global payments companies. Most Chinese banks, in contrast, trade on multiples of less than ten. Ant had been on track for a Market capitalisation north of $300bn, higher than any bank in the world. Now it is likely to fall well short of that. Shares in Alibaba, a Chinese e-commerce giant that owns a third of Ant, tumbled by 8% after the suspension of the listing was announced.

Some investors may at least be grateful to regulators for introducing the new rules before the IPO, however late in the process, allowing them to reprice Ant before they buy its shares. But it is not as if the IPO came as a surprise or the company was an unknown entity; regulators could have acted far earlier. The possibility that they were motivated by a grudge against Mr Ma, and perhaps irritated by his recent speech, cannot be ruled out.

Ant had gone to great lengths to brand itself as a tech firm, not a bank. It describes its business as "techfin"—ie, putting technology first—not fintech. In the lead-up to its listing, it asked brokerages to assign tech analysts, not just banking analysts, to cover it. Ultimately, though, its focus has always been on China's financial sector. That is the industry ripe for disruption, and where the money is. But as Ant and legions of investors have been reminded, that is also where the regulators lurk.