Japanese Asteroid Samples Make it Back to Earth
A Japanese spacecraft has successfully dropped asteroid samples from space. The samples landed safely in the Australian Outback.
The container carrying the asteroid soil samples was dropped from 220,000 kilometers in space by Japan's Hayabusa2 spacecraft. Japan's Aerospace Exploration Agency, known as JAXA, confirmed the container, or capsule, had landed in Australia on Sunday.
The mission
The unpiloted Hayabusa2 was launched in December 2014. It arrived near the asteroid Ryugu in June 2018. Its mission was to gather soil samples that may provide information about how our solar system formed.
The spacecraft to﻿uched down twice on Ryugu, which sits more than 300 million kilometers from Earth. The first touchdown took place in February 2019, when Hayabusa2 collected surface dust samples. Then, in July 2019, the spacecraft collected samples from below the surface of Ryugu. It did so by landing in a hole that it blasted open.
The operation was the first of its kind in the history of space exploration.
In addition to the samples, Hayabusa2 collected data about the asteroid, which experts say could be 4.6 billion years old. The spacecraft left the area in late 2019. Its Ryugu mission has now officially ended.
What is inside?
Officials say they look forward to examining the samples in a laboratory. The project's manager, JAXA's Yuichi Tsuda, called the capsule a "treasure box." He said the 40-centimeter container had arrived in perfect shape. "I really look forward to opening it and looking inside."
Officials have said the capsule is believed to mainly contain soil. But it may also contain some gases likely attached to the samples. After a quick inspection at a lab in Australia, the capsule was sent to JAXA's research center in Sagamihara, near Tokyo. 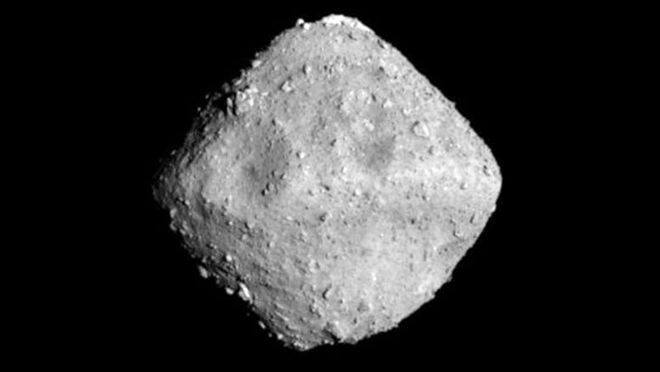 Why an asteroid?
Asteroids orbit the sun but are much smaller than planets. They are among the oldest objects in the solar system, and may help scientists better understand how Earth evolved. Collecting such samples can give researchers a rare chance to study these mysterious rocky objects.
JAXA officials say the study of asteroids may also help with future resource development and lead to new ways to protect Earth from collisions with big meteorites.
The only other nation to successfully collect an asteroid sample is the United States. The U.S. space agency NASA announced last month that its Osiris-Rex spacecraft had completed the sample operation on the asteroid Bennu. NASA said it was pleased the spacecraft collected more sample material than expected.
How does mission help Japan?
Hayabusa2 followed Japan's first Hayabusa mission, which launched in 2003. After a series of technical difficulties, the first Hayabusa spacecraft sent back samples from another asteroid, Itokawa, in 2010. But Hayabusa burned up in a failed re-entry attempt. The capsule, however, made it to Earth.
Many Japanese were impressed by the first Hayabusa mission, which they considered a big success given all the troubles it had experienced.
JAXA later also had problems with missions involving spacecraft sent to explore Venus and Mars.
JAXA's Tsuda says the Hayabusa2 team used all the hard lessons learned from the earlier missions to complete the Ryugu operation with "perfect" results. Some Japanese watching the event in public cried as the capsule successfully entered the atmosphere, briefly appearing as a fireball in the sky.
What comes next?
About an hour after separating from the capsule, Hayabusa2 was sent on another mission to a smaller asteroid, called 1998KY26. It is expected to take the spacecraft 11 years to reach that asteroid. Hayabusa2's new mission aims to study possible ways to prevent large meteorites from hitting Earth.
I'm Bryan Lynn.